That XTERRA Czech could open a breach in the hearts of warriors XTERRA was understood from the first curious eyes attentive to the race of short track post-European XTERRA championship in Prachatice last year.

The XTERRA format for years has included two distances: full and sprint.

In the last two years, first France, then Italy have introduced a different distance from the classic one; the Long Distance. The request for various "measures" of the race is latent in the hearts of the participants even if at the moment what seems to remain in the hearts of those who wear XTERRA tattoos seems to be the FULL distance. There is a though.

The however is that the demands of spectacle and participation drew attention to a "short" distance, a very short one which encompasses a dry shot of a rifle which probably lasts less than the race hour. The stroke starts in the water with 400 meters of swimming, continues in mtb with 8 km out of breath and 3 km of trail running. The peculiarities of the "Short Track" are different.

Distances are obviously what characterize a completely different effort than cousin distances. However, we believe that the real innovation that will be really appreciated by the public is the repetition of the steps.

2 200m laps in the water with Australian exit.

4 laps of 2 km each of mountain bikes in a path made violent and technical by artificial obstacles, short and treacherous descents, steep climbs to pedal up to the last watt.

It goes without saying that spectators can actively participate in the passages continuously and in different parts of the route which usually winds through the woods adjacent to the exchange area.

That Italy was becoming "the Mecca" of the races XTERRA it was already suspected. 2 races two years ago, 3 last year, 3 in 2020 ... or maybe even more. molveno. One could also say nothing about Molveno.

Thinking about Italian locations; Scanno, Toscolano Maderno on Lake Garda and Molveno we believe that emotions arise only by reading the names. We have tried to identify ourselves with foreigners who will hear about Molveno and who will search for the word on Google.

Here, after 3 or 4 photos that immortalize a "medium" mountain lake nestled among green woods, nature, sports attractions, you would immediately want to not miss the opportunity to run a "different" XTERRA in such a fascinating place.

Dates? 3 and 4 October 2020, a season finale really relentless with a whole new formula that will be put on track right in Molveno. 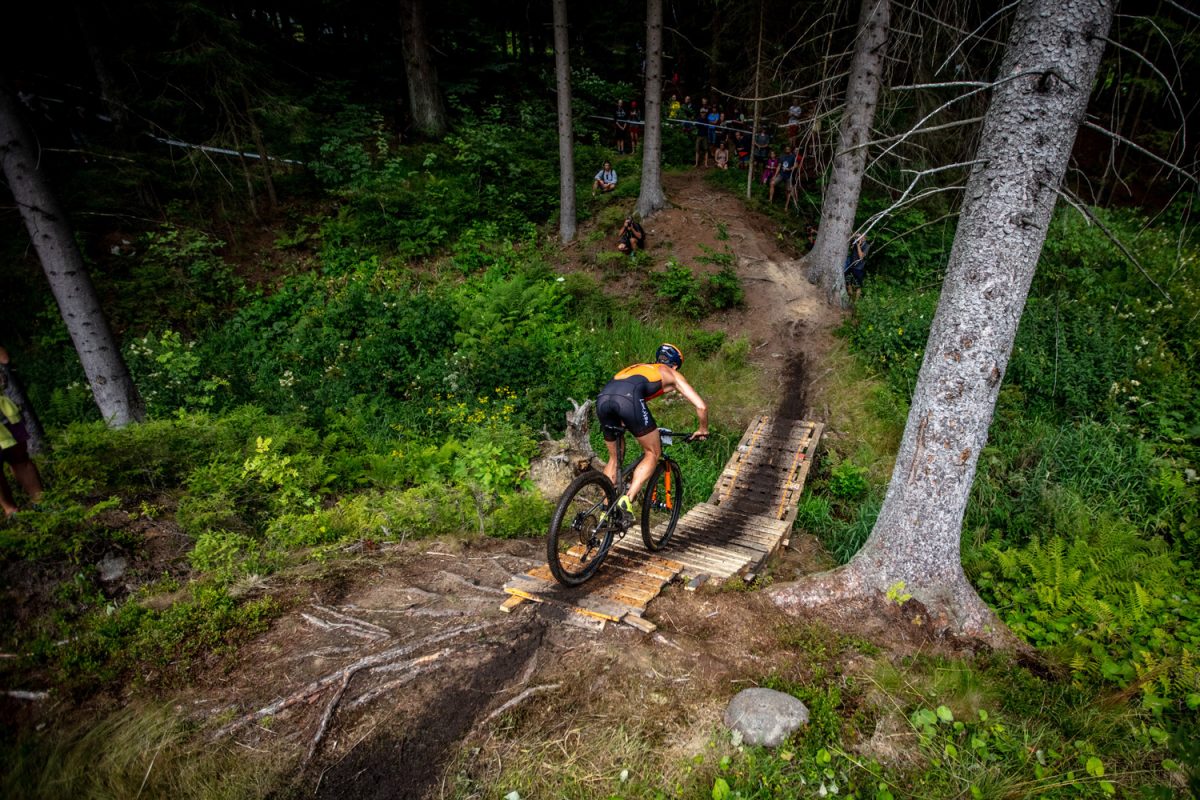 Unlike the first edition, in fact, in Molveno the event will be open to everyone. Pro, Age Group, Youth, Kids & Vip.

The finals, however, will be a "limited number" therefore we will pass from the preliminary rounds that will select the athletes who will play the finals in the afternoon.

2 rounds therefore from the insured show which will follow mega party on Saturday evening to drop the curtain on the European XTERRA tour waiting for the Sunday races dedicated to young people.

Molveno 2020 short track it will be a weekend totally dedicated to this new format which will follow the appointments in the Czech Republic post XTERRA Czech and the new French stage XTERRA France Aquitaine.

XTERRA Italy is divided into three, and the desire to be there grows.